Interesting scenes at the National Age-Group Championships: A superb tactical slugfest and an ultra long think - by Junior Tay

The abundance of talent at the National Age Group events as indicated by NM Olimpiu Urcan was indeed a relevation for me. I was in particular drawn to the contest on the Open U10  Board 1 (Round 7) between Daniel Loo and Heng Zheng Kai. 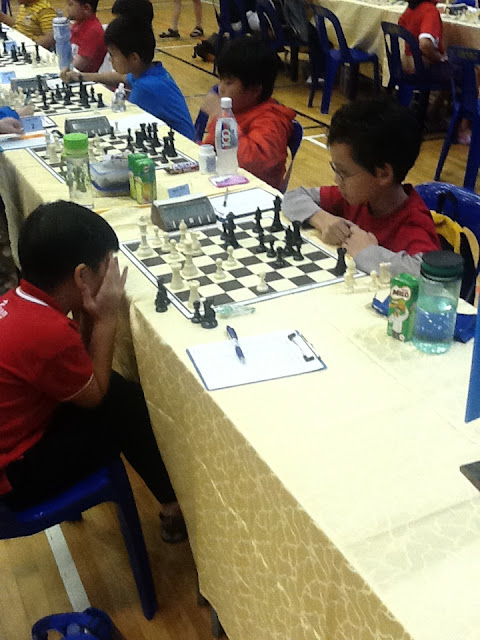 IM Rico Mascarinas had noted that both players had played the opening and middlegame at 'easily 2300 level' and we arrive at this position with White to move. Now, the hallmark of a strong player is to know what to do in a worse position before 'the point of no return', In other words, it is to sense the critical position where something drastic has to be done before he gets outplayed. Daniel Loo demonstrated this trait and we pick up the game here...

Next, we come to Board 2 in the Open/U14 section. As most of the games were winding down, on Board 2, incredibly, the game is still in its opening stages. Korean CM Jung Yung Hoon has yet to move for close to one hour on move 7(!) after Derek Lim's shocking Bf4!? 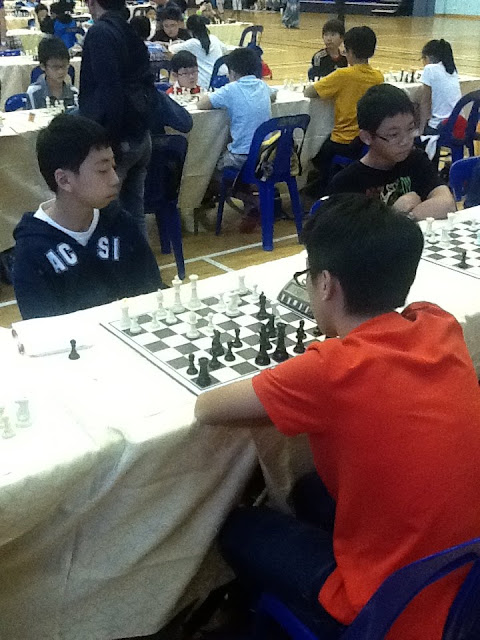 CM Derek Lim vs  CM Jung Yung Hoon- the start of an ultra long think for the Korean...

The tournament will continue and end tomorrow with Round 8 and 9 to follow. Many more reports and pictures of the event can be found (and will continue to be updated) on NM Urcan's Chess: A Singapore Column
Posted by Coralite Blog at 21:05