A brief comeback - by Junior Tay

When I saw the lineup for the Toa Payoh West Open 2012 event, I was pleasantly surprised to see an old friend CM Low Pe Yeow competing. I was wondering if he could even hold his own in that field with 2 IMs, 1 WIM and 13 ELO 2000+ players. As far as I know, he has stopped playing competitive chess for more than 20 years! When I first started playing in 1986, he, along with FM Wong Foong Yin, IM Hsu Li Yang, FM Ong Chong Ghee, NM Lee Wang Sheng and FM Jeremy Lim were constantly jostling for the major junior titles as well as the local swiss top placings. That year, he tied for 1st in the National Junior Open with Foong Yin and the following year, they once tied for 1st in the National Youth Championship. Pe Yeow went on to represent Singapore in the 1987 Asian Teams Championships as well as the 1990 Novi Sad Olympiad before deciding to call his chess career to a complete halt. 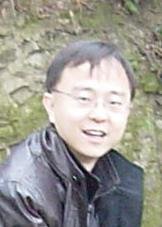 As I facebook-congratulated him after the event for finishing 7th, he said he did not deserve the high placing. He mused that "rust was falling all over" and he "made a lot of  boo boos". He even had no clue of the "no handphone rule". He was busy texting during the games and fortunately, no one made a claim against him. Only when NM Koh Kum Hong was forfeited via mobile phone ring (against Benjamin Foo) did he find out about the rule.

Here's a smashing game from his heyday!

Pe Yeow said that the Toa Payoh event was only a one-off thing and has no intention of competing regularly. Let's hope the chess bug bites him again!
Posted by IM Kevin Goh at 15:36