In the Japanese Go Manga/Anime Hikaru No Go, much of the attention in the story is formed by the bitter rivalry betwen the protagonist Hikaru Shindo and the antagonist Akira Toya and their struggle to outdo or keep ahead of each other pushed them to greater heights to reach the lofty ranks of Japanese Professional Go.

In the local chess scene of the 90s, the closest thing to an eternal rivalry is probably between IM Hsu Li Yang and IM Terry Toh. Somehow, when they play one another, one of them will get crushed. Even after their chess careers had given way to their professional ones (Li Yang is an Assistant Professor at NUH and Terry practises Law), whenever they face off in the match between Singapore Medical Association and the Law Society at the Interprofessional Games, the bludgeoning of one of them continues. 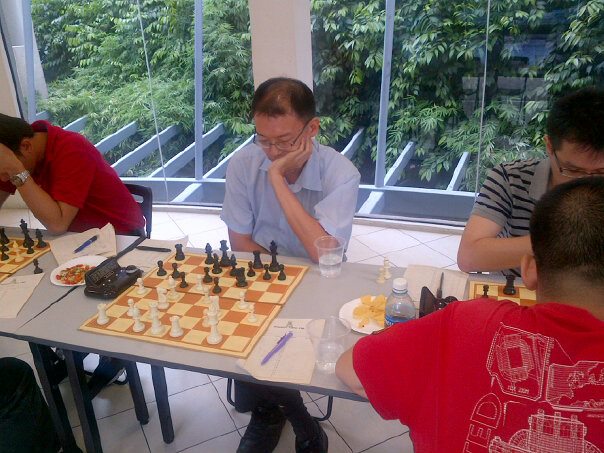 IM Hsu Li Yang preparing for yet another siege on his Kingside. 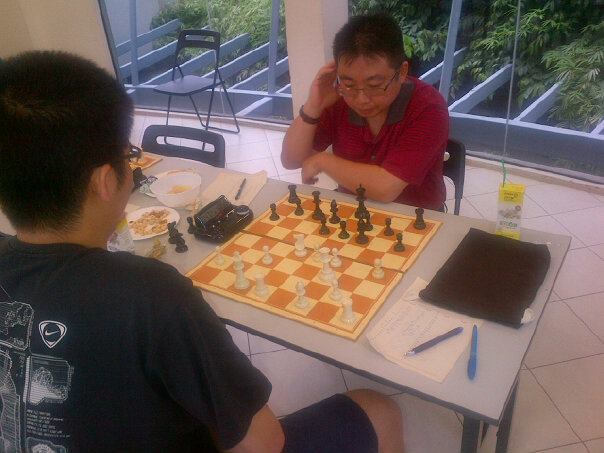 Here are two examples of how these two former National Champions manhandles one another over the board.


Last year, they had kindly agreed to play some training matches with IM Goh Wei Ming, CM Jarred Neubronner and Tan Weiliang so they did not get a personal match. However, both of them were outplayed by IM Goh Wei Ming in the English Reversed Dragon. Nevertheless, Terry had the last word when after his game, he noted "Ah! But I lasted four moves longer than Li Yang!"
Posted by Coralite Blog at 22:10