Training Match - Angry Birds and Young Punks on even terms after Rd 2.

The postponed game, IM Lim Yee Weng vs CM Jarred Neubronner commenced this morning. Following a 24 hour duty at camp and nursing a flu, Jarred walked into a bad position right out of the opening and was forced to sacrifice an exchange. Yee Weng overfinessed and returned the exchange unnecessarily before Jarred finally blew a piece and the game. This allowed the Angry Birds to take a 2-1 lead. 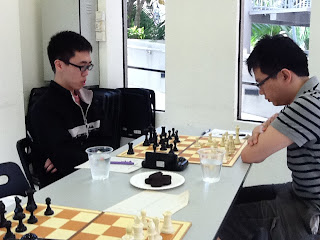 Round 2 had Tan Weiliang taking revenge on Jarred's behalf when Yee Weng misplayed the Chinese Dragon right out of the opening and was blown away. 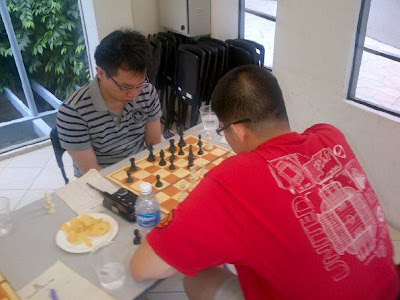 Next, Terry tried to improve on Li Yang's English Reversed Dragon against Wei Ming but dithered too long on the Queenside while Wei Ming calmly built up an unstoppable Kingside attack. 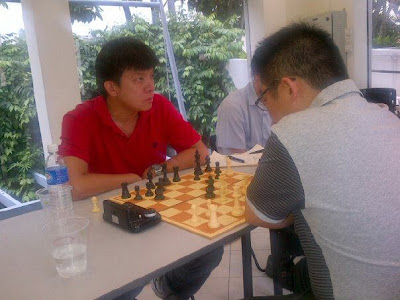 With Team Angry Birds 3-2 down, Li Yang equalised for his team with his bread and butter endgame grind... 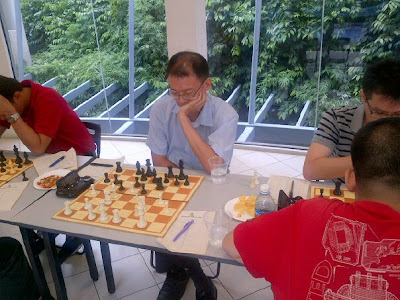