A couple of days ago, I realised that IM Daniel Fernandez was actually the first local chap to qualify for the World Mind Games Candidates when he made the top 15 in the 1st preliminary on 17 September 2012. In fact, he got a tougher field than the rest of us as other qualifiers from his event include 2 GMs (eventual winner Mekhitarian and Nikola Djuric), another 5 IMs and 2 FMs. Singapore has a total of  5 qualifiers (IM Daniel Fernandez, Jr Tay, FM Daniel Chan, FM Tin Jingyao and NM Olimpiu Urcan) with one more preliminary event left to play (October 20 2012, 10pm). 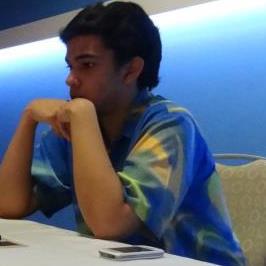 Here's a recent blitz game which Daniel won with his beloved Smsylov Caro Kann.
More news on the Sportsaccord World Mind Games event can be found here.
Posted by Coralite Blog at 01:43