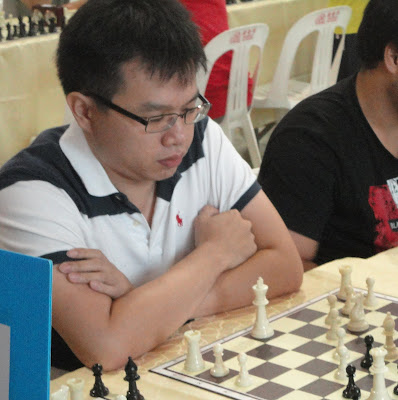 IM Lim Yee Weng, plunging into the murky complications of the Vienna Game against FM Tin Jingyao
(Thanks to NM Olimpiu Urcan for the pic)


Yee Weng relates "It was good fun but on the average, my games were of quite poor quality".

Next, Yee Weng showed how he made a hash out of his game against the eventual champion FM Daniel Chan.