I would like to present you two instructive games in which emerging juniors ousted experienced Masters by solid, rational piece play culminating in winning combinations.

First up, Tin Ruiqi, a Primary 4 student from Nanyang Primary School,has making life difficult for adult players on the chessboard in recent events. Tenacious and composed on the board even against seasoned adults, the ASEAN Youth U11 Silver Medallist and ASEAN Age Group U10 Champion has since made her first major scalp in the SCF HPE league last week. 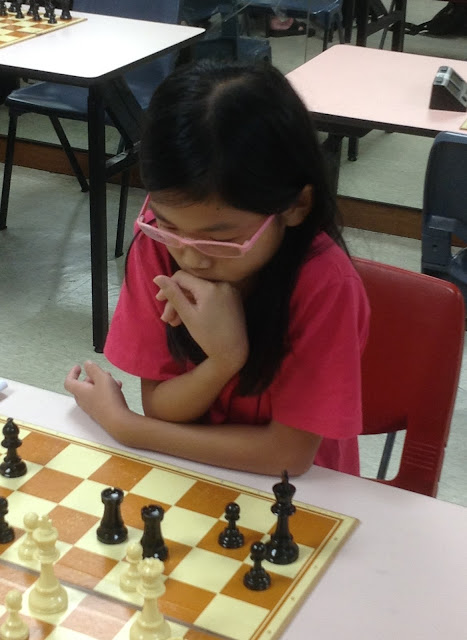 Next, I would like to feature Eugene Wee who pulled off an upset last round win over top seed IM Steven Kim Yap at the Cairnhill Open to finish in a tie for 4th place despite being seeded 15th. The only reason your scribe was able to edge him out in Round 6 was because the youngster tried too hard to win, having eschewed many drawish continuations in his attempt to bring home the point.

At the Toa Payoh West Open, Eugene not only drew against CM Jarred Neubronner from a position of strength, he also comprehensively took out former National Champion NM Koh Kum Hong in Round 3 to share the lead. 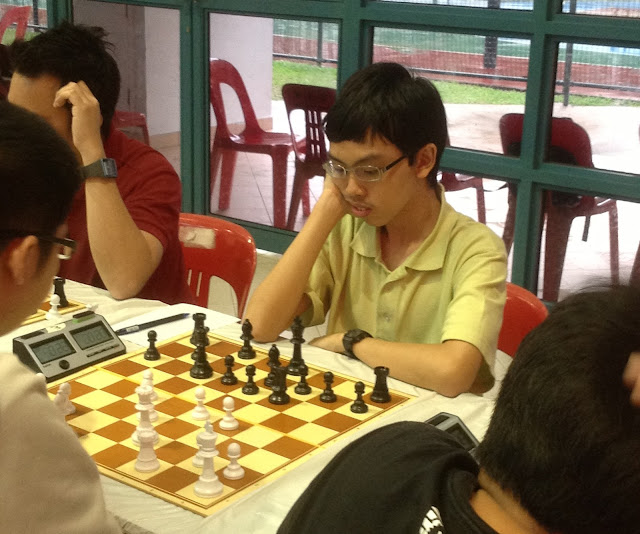 We hope to see more of such giant-killing scalps from our junior players!
Posted by Coralite Blog at 12:01