UPDATE: Change of details for the above event
I received an email this morning from Girls in Chess, a group of chess enthusiasts who want to encourage and promote girls chess in Singapore. They are organizing the above event and the registration form can be found here.
Lunch is provided and you can contact the organisers at 9722 9360 (Wu You) or 9178 0755 (Jiayi). Please show your support for this worthy cause and sign up now!
Posted by IM Kevin Goh at 12:20 No comments:

After browsing through Chess.com for an hour, I realised that the interface is so much more user friendly as compared to Blogger and as such, I would be posting more regularly here

I will be posting the non-technical stuff here and one of the things I will discuss soon is the ongoing investigation by the SCF's ethics committee in regard to the Baku Olympiad selection. Given that the outcome has not been decided, I am not at liberty to disclose too much information but I can say that at least 2 other parties have come forward and shared testimonies that are very similar to my experience. The committee has promised us a response soon and once that happens, the truth will surface and everyone can then move forward.

Going back to the technical stuff, I will also be re-hashing some of my old articles here, and Singapore Chess News but I will of course re-check and update the analysis where necessary. My next article would be a review on the latest chess-site in town, www.modern-Chess.com and it would be a really detailed one so, don't mind the cliche, but watch this space!

Shout out to the internet warriors!

I have recently spoke to some friends (one of whom has known me since I was in primary school) who appear to have been grossly, and perhaps intentionally misinformed over the unfortunate debacle, that is, the selection process of the Singapore team for the Baku Olympiad. There was a laughable amount of rumors that are still floating around in the chess scene and the most ridiculous thing about this is that these rumors are likely spread by random fellows who have no clue what they are saying.

What I am puzzled is that even people who I've known for decades had not even bothered to do basic fact checking with the protagonist but have instead chosen to listen to stories that are unsurprisingly one-sided. It is of course no wonder that not 1 person has looked at me in the face and confronted me about the amazing and terrible things that I've supposedly said and done!

And to the various armchair warriors, you know what?

It is exceptionally cheap & disgraceful to abuse someone while hiding in the shadows. You must lead a sorry life indeed, and I encourage you to continue sitting on your moral high horse as that must be one of your very few simple pleasures in life. 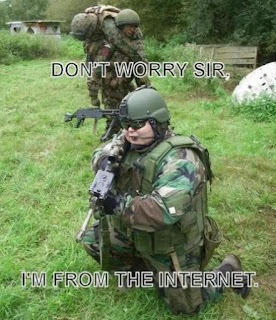 Thankfully, I've come to learn that life is tough, and often very unfair and I would be a very miserable person indeed if I am affected by every unfair comment that is thrown in my direction!

The initial selection was utterly shambolic and a lot of credit has to be given to the Exco for the rectification. This happened not because of 1 blog article, but because common sense and logic were exercised after all the facts were put across.

As a legendary wiseman once said, Engage Your Brain before Typing on Keyboard!
Posted by IM Kevin Goh at 13:10 No comments:

My analysis of Tin - Hakimifard, Baku 2016 - A tremendous fighting game from our very young debutant.

For a change, I've decided to analyse a game between Tin Ruiqi, (Jingyao's younger sister) and the Iranian board 3, Hakimifard. Even though Ruiqi was outrated by over 400 points, she put up a great fight and was very close to holding her opponent to a very creditable draw. Unfortunately, after over 6 hours and 125 moves, she went down in flames. Still the game is quite instructive and I should mention that the Iranian coach was very impressed with Ruiqi's fighting spirit.

Analysis of Utegaliyev - Goh from the Baku Olympiad - Life is tough!

***Addendum: The Rook & Bishop vs Rook ending at move 102 was covered specifically by Karsen Muller & Frank Lamprecht on page 301 of Fundamental Chess Endings. My annotations are slightly confusing there. What I meant to say was that in that specific position, the guiding principle is that the White king should stay on e1 and the rook should be ready to block on f1 whenever possible.

And so after 3 tournaments in Europe, I am back home and back to work. It was of course disappointing that I had failed to make my final GM norm but there were also some positives, the most important of which is that I am a lot wiser now and I think I know what to work on moving forward in order to fix the gaping holes in my chess knowledge. I will also have my highest rating to date although in all fairness, 2457 at the age of 33 is hardly impressive and is certainly nothing to shout about.  The truth is that when I'm on a fine streak, making a norm is entirely within the realms of possibility but I lack sufficient knowledge in certain types of position and I did not have the ability to react in unfamilar and strategically or tactically complex games.

In this and the next few posts, I will analyse the games which I felt to be most instructive. Which probably means there will be very few wins since I only have 1 really good result which most who followed the Olympiad might know by now.

The most painful game by far was probably the game against Utegaliyev, a 2513 untitled player from Kazakhstan. Just to provide some context - I had lost my previous game against a 2500 GM from Estonia and it was important for me to bounce back as fast as I could.

The game began well and I managed to outplay my opponent from the opening and was clearly better, if not winning, and blundered in time trouble at a critical juncture. After a topsy turvy middle game where my opponent somehow managed to hang on with very little time left, we reached a bishop and rook vs rook ending and the conclusion to the game was just, well, epic....

After the game, I was completely exhausted but while waiting for the bus to bring me back to the hotel, I suddenly had an epiphany of some sort. Of course, I had seen a particular game (live!) 8 years ago at the Dresden Olympiad and marvelled at the technique that Black demonstrated in that game:

A highly critical game that I needed to at least make a draw to keep my GM norm chances alive. Ultimately, I was overpowered by my strong opponent but the game was very complex and I had good chances at certain points in the game. Enjoy!

On 7th May 2016, I had published an article that details my issues with the current executive committee of the SCF.

Subsequent to the publication, I was approached by various members of the Exco, including the current SCF President, Leonard Lau. We have had many discussions since and many of the issues highlighted have been addressed. As such, I am happy to retract my statement and I will continue to play for the country in future team events.